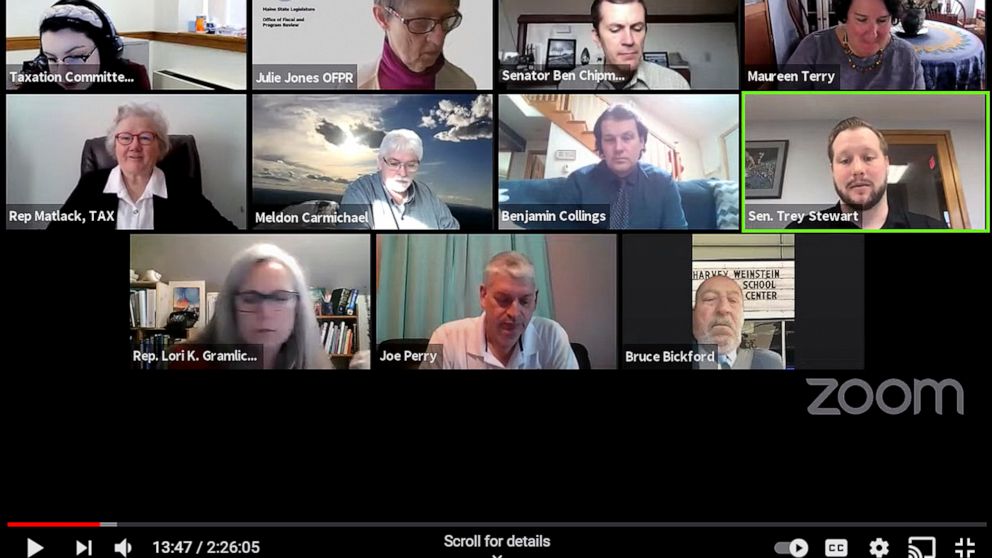 AUGUSTA, Maine — A Maine legislator who appeared for Zoom meetings twice with a background that made a joking reference to convicted rapist Harvey Weinstein is being investigated by the Legislature’s human resources department.

Bickford issued a written apology for the Zoom backdrop, calling it “inappropriate and in poor taste.” But he also told a newspaper that the joke would have been funny “in the private setting with the proper people.”

The image had the words “Harvey Weinstein Charm School Rehab Center” and appeared twice in Zoom meetings in which Bickford participated. The latest was during a taxation committee hearing on Wednesday. Both times, Bickford quickly changed the background to a lake, which is his typical background for Zoom meetings.

Weinstein is a former Hollywood producer who faced accusations of sexually assaulting more than 80 women, and anger over his actions fueled the #MeToo movement against the sexual abuse and harassment of women. Weinstein is currently in prison for rape.

Bickford said the sign was meant to be shown only in private settings.

“It was inappropriate and in poor taste. I sincerely regret the event and will ensure that it does not happen again,” he wrote. “Please accept my apology.”

“Rep. Bickford not only belittled the violence committed against Weinstein’s 80 victims, but he disrespected our entire legislative branch, the staff who support our work and every Mainer who has experienced sexual assault and harassment,” they said in a statement.