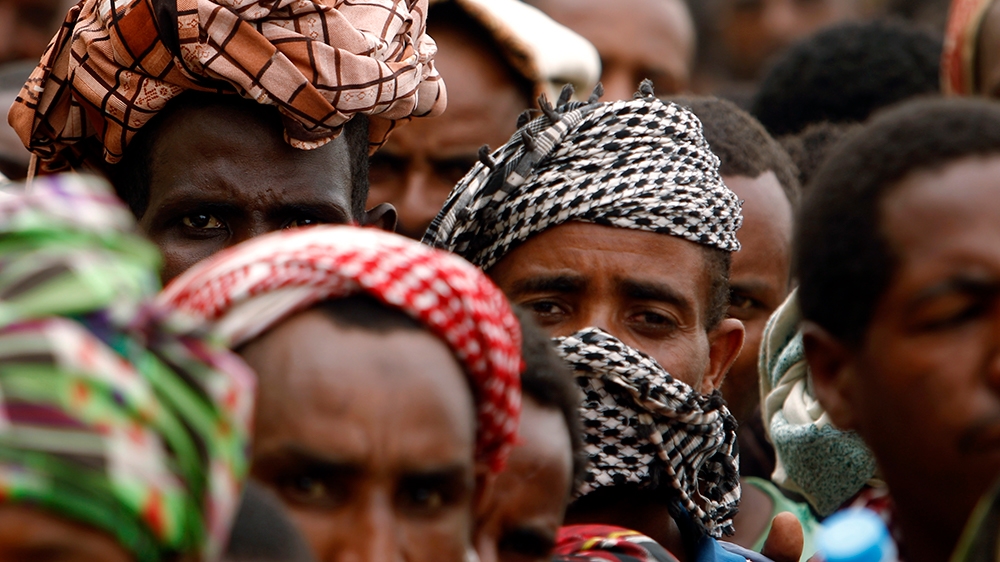 At least eight people killed and 170 injured in a fire at a migrant detention facility in the capital Sanaa, IOM says.

At least eight people, including guards, died and more than 170 were injured after a fire ripped through an immigration holding facility in the Yemeni capital, Sanaa, the United Nations migration agency said.

The total death toll from the fire on Sunday, whose cause remains unclear, could be higher, International Organization for Migration (IOM) Regional Director for the Middle East and North Africa Carmela Godeau said in a Twitter post.

IOM was providing emergency healthcare for the injured, more than 90 of whom were in serious condition, and distributing food to those affected, Godeau added.

Associated Press news agency reported that the immigration detention centre, which is believed to be holding about 700 people, is run by the Houthi rebels – who control vast swaths of Yemen, including Sanaa, since they overthrew the internationally recognised government in late 2014.

The Houthis said civil defence teams managed to extinguish the fire and investigations were ongoing to determine its cause.

A UN official said the fire broke out in a hangar close to the detention centre’s main building.

Most of the detained people were arrested in the northern province of Saada while trying to cross into Saudi Arabia, said the official, who spoke on condition of anonymity because she was not authorised to brief the media.

“This is just one of the many dangers that migrants have faced during the past six years of the crisis in Yemen,” said IOM’s Godeau.

It is believed thousands of refugees and migrants are stranded in Yemen, which has been wracked by a devastating six years of war.

The narrow waters between the Horn of Africa and Yemen have been a popular migration route despite the ongoing conflict.

Tens of thousands of migrants, desperate to find jobs as housekeepers, servants and construction workers, try to make their way through Yemen every year to the oil-rich Gulf countries.

Some 138,000 migrants embarked on the journey from the Horn of Africa to Yemen in 2019, a number that decreased to 37,000 last year because of the coronavirus pandemic. More than 2,500 migrants reached Yemen from Djibouti in January this year, according to the IOM.

The UN has called Yemen the world’s worst humanitarian crisis, with 80 percent of the population reliant on aid.