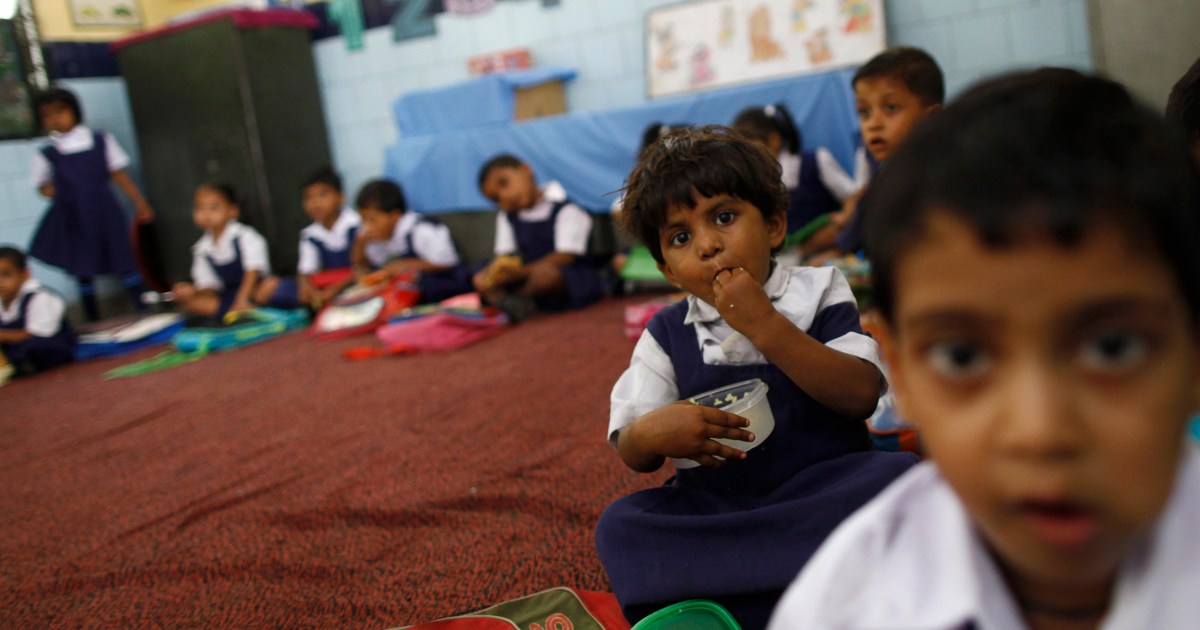 Experts say facial recognition systems are being installed in Delhi schools without laws to regulate the collection and use of data.

Facial recognition technologies installed in at least a dozen government-funded schools in Delhi are an “overreach” by the authorities and an invasion of children’s privacy, digital rights advocates say.

The move to introduce facial recognition technology follows a 2019 decision by the Delhi city government to mount closed-circuit television (CCTV) cameras in more than 700 public schools to ensure the safety of students.

The facial recognition systems are being installed without laws to regulate the collection and use of data, which is particularly worrying for children, said Anushka Jain, an associate counsel at the Internet Freedom Foundation, a digital rights group that became aware of the rollout last week.

“CCTV is already a violation of children’s privacy, even though some parents had supported it for the safety of their children … but the use of facial recognition technology is an overreach and is completely unjustified,” Jain said.

“Its use for children is particularly problematic because the accuracy rate is so low – so in the event of a crime, you could have children being misidentified,” she told the Thomson Reuters Foundation.

Parents were unlikely to be aware of the risks related to potential data breaches and misuse, she added.

Facial recognition technology is being increasingly deployed in airports, railway stations and cafés across India, with plans for a nationwide system to modernise the police force and its information gathering and criminal identification processes.

But analysts say its benefits are not clear, and that it could breach people’s privacy or lead to greater surveillance, with few safeguards and little clarity on how the technology works, how the data is stored, and who can access it.

A personal data protection law is being drafted by Indian legislators.

Delhi government authorities did not respond to requests for comment but previously said that CCTV had reduced truancy in schools.

“CCTV in schools is extremely important to ensure safety of students and bring transparency and accountability in the system,” Arvind Kejriwal, chief minister of Delhi, said at the time.

Facial recognition systems are often rolled out without a privacy policy or consent from guardians to collect and process the data of minors, said Prasanth Sugathan, legal director at Software Freedom Law Centre, a digital rights nonprofit.

“These could cause real harm to the children if the data is leaked, not to mention the impact of always-on surveillance of the children,” he said.

“While many countries and states are looking at banning the use of facial recognition technology on children, schools in India seem to be adopting this with no thought about the problems it creates,” he said, noting the New York State’s recent ban on its use.

The Internet Freedom Foundation’s Project Panoptic tracks more than 40 facial recognition projects across the country, with Hyderabad, Chennai and Delhi among cities with the most surveillance networks in the world, according to the tech site Comparitech.

“India is turning to technology for everything – it’s not necessarily a bad thing, as technology can make some things better and more efficient,” said Jain.

“But the government is not assessing the impacts of all of these technologies, or is ignoring their potential for harm.”