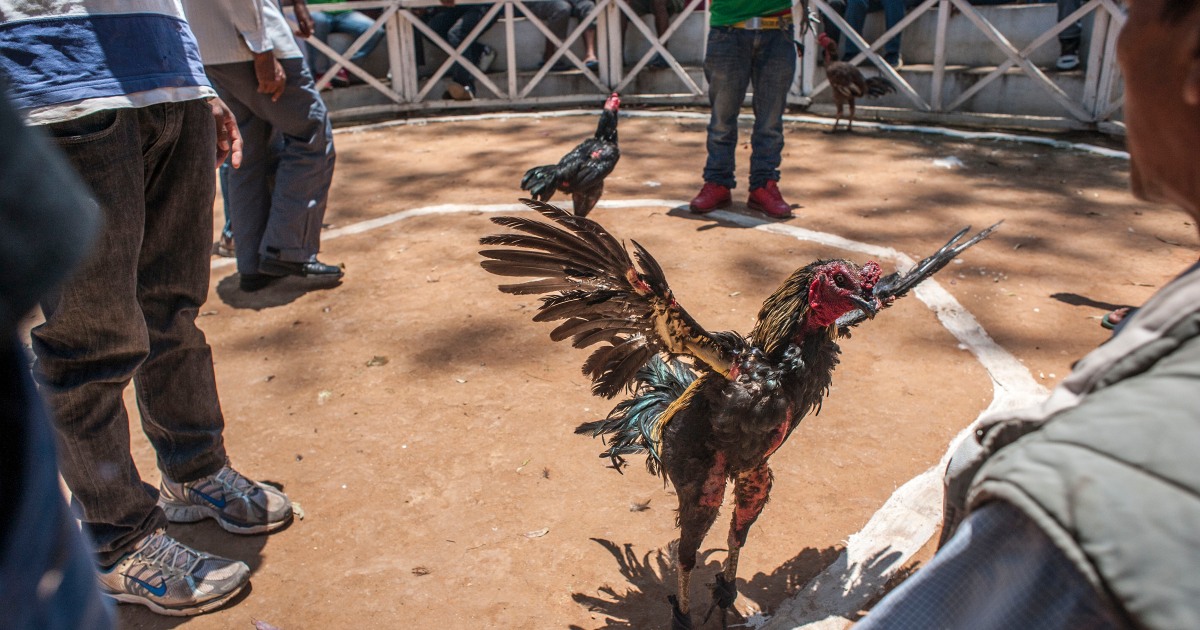 Thousands of roosters die each year in the battles which, despite the efforts of animal rights groups, attract large crowds.

A rooster fitted with a knife for an illegal cockfight in southern India has killed its owner, sparking a manhunt for the organisers of the event.

The bird had a knife attached to its leg when it inflicted serious wounds to the man’s groin as it tried to escape, police said on Sunday.

The victim, Thangulla Satish, 45, died from loss of blood before he could reach a hospital in the Karimnagar district of Telangana state last week, said police officer B Jeevan.

“Satish was hit by the rooster’s knife in his groin and started bleeding heavily,” the officer said.

The rooster was briefly held at the local police station before it was sent to a poultry farm. “We may need to produce it before the court,” said Jeevan.

Images of the rooster tied with a rope and pecking grain at the police station were widely viewed on social media.

Satish was one of 16 people organising the cockfight in the village of Lothunur, Jeevan said.

“We are searching for the other 15 people involved in organising the illegal fight,” Jeevan said.

They could face charges of manslaughter, illegal betting and hosting a cockfight.

Cockfights are banned but still common in rural areas of Telangana, Andhra Pradesh, Karnataka and Odisha states – particularly around the Hindu festival of Sankranti.

Specially bred roosters have 7.5-centimetre (three-inch) knives or blades tied to their legs and punters bet on who will win the gruesome fight. Battles continue until one contestant is either dead or flees, declaring the other rooster the winner.

Thousands of roosters die each year in the competitions which, despite the efforts of animal rights groups, attract large crowds.

Last year, a man was killed when a blade attached to his bird’s leg hit him in the neck during a cockfight in Andhra Pradesh. In 2010, a rooster killed its owner by slashing his jugular vein in West Bengal state.