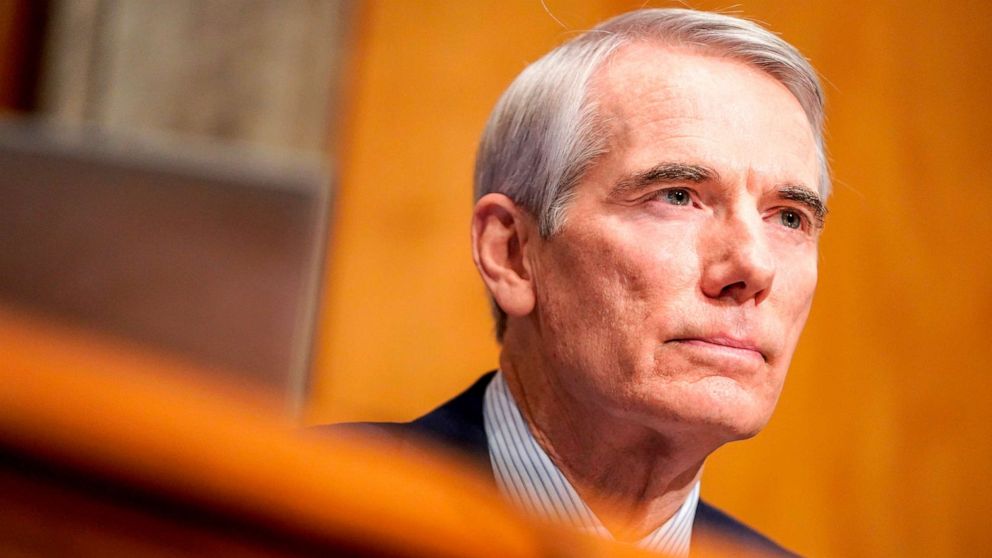 Coronavirus relief would be easier to pass if it were truly bipartisan, Sen. Rob Portman, R-Ohio, said Sunday on ABC’s “This Week.”

“We can continue to work together and in this case, it would be very easy to get Republican support for a COVID relief package,” he added.

But according to the New York Times, there is Republican voter support for this package — 40%.

“That is certainly one definition of bipartisanship,” Stephanopoulos pressed.

Portman said he believes people support additional relief money for themselves, but that there are items in the bill which aren’t relevant to coronavirus relief.

“Yeah, if — you know — checks are coming out to people’s homes that’s going to be popular, but that doesn’t mean that this is the right bill. It’s $1.9 trillion — more than half of it won’t even be spent in this calendar year,” Portman responded.

“There are a number of things in here that have nothing to do with COVID relief,” he said. “It’s just not targeted. We have a Republican alternative. As you know, we’ve been talking with the president and his people about it, but got no response, which is much more targeted and focused on the real health care and economic matters that are urgent and that’s what we ought to do.”

Portman pointed to Republican packages during the Trump administration, and told Stephanopoulos that it was clear that the GOP would be in favor of additional relief. He also said that while former President Donald Trump is still popular within the party, according to polling, policies are what voters are really looking for from its lawmakers.

“I do think the policies are what is even more popular and that’s why Republicans did pretty well in 2020, other than at the presidential level,” he said. “If you look at our country right now, most people are supportive of the general policies the Republican Party has put in place with regard to tax relief, regulatory reform, rebuilding our military, regard to Operation Warp Speed. There are a number of things that we can talk about from a policy perspective that will help move the party forward and that’s where we ought to focus.”

Stephanopoulos pushed Portman on the role of Trump within the party.

“But can you talk about that when President Trump is out there in the lead?” he asked.

“Well, it sometimes makes it more difficult. But look, I think he has an opportunity today to talk about his accomplishments, instead of talking about personalities who might have not agreed with him on the impeachment process, talk about what you did,” the senator said, referring to Trump’s anticipated speech at the Conservative Political Action Conference in Orlando, Florida, on Sunday afternoon

“When you think about it a year ago, as we were going into the COVID-19 crisis we had the 19th straight month of wage growth over 3%, the lowest poverty rate in the history of the country. I mean, it was a strong economy, but also an opportunity economy. We didn’t talk about that. Why was that? Why did we have that? Because of good policies,” he added.

Fred Hiatt, a friend of Khashoggi’s and the editorial page editor at The Washington Post where Khashoggi worked, also told Stephanopoulos in a separate interview on Sunday that he did not think the Biden administration went far enough in punishing the crown prince.

“I think the question is, what can you do so that the next time MBS or another would-be butcher like that is thinking about doing a heinous crime like this, will stop and think it’s not worth doing,” Hiatt said, referring to the crown prince by his initials. “And so far, the calculation for him is, you know, he’s paid a price and the release of the report last week was a good step forward. But it’s not a sufficient price. And, you know, Biden’s own Treasury Secretary Janet Yellen last week said that those responsible for the reprehensible murder of Jamal Khashoggi must be held accountable. We now know that the man most responsible is the crown prince — and he hasn’t yet been held accountable.”