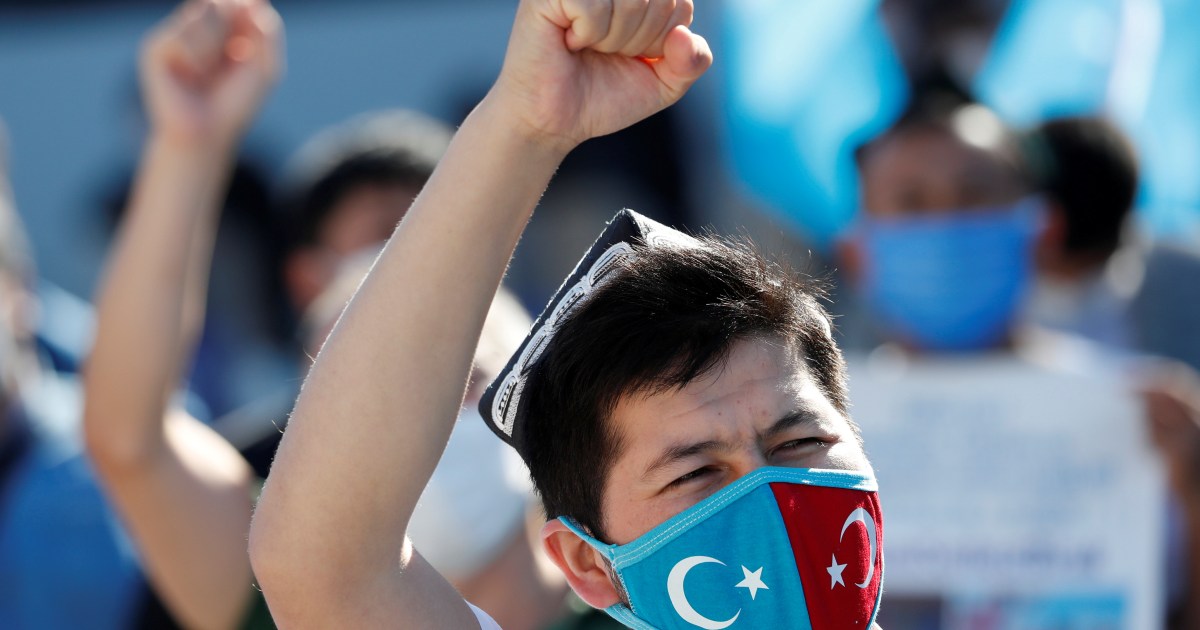 UK foreign secretary will say UN needs ‘urgent and unfettered’ access to a region where some one million Uighurs are thought to have been held.

The United Kingdom will call on Monday for the United Nations to be given “urgent and unfettered” access to Xinjiang to investigate reports of abuses in the far western Chinese region, as Britain returns to the UN Human Rights Council as a voting member.

British Foreign Secretary Dominic Raab is also expected to condemn the rights record of fellow council members China and Russia and raise concerns about Myanmar and Belarus, his office said.

On China, Raab will refer to reports of abuses in Xinjiang, including torture, forced labour and the forced sterilisation of women. “They are taking place on an industrial scale,” he will tell the meeting, according to his office.

“The UN High Commissioner for Human Rights, or another independent fact-finding expert, must – and I repeat must – be given urgent and unfettered access to Xinjiang.”

China has been widely condemned for detaining hundreds of thousands of people in Xinjiang and placing them in what it calls “vocational training centres” that it says are necessary to stamp out “extremism” and give people new skills. China’s critics have called them concentration camps.

United Nations human rights chief Michelle Bachelet has been calling on China to allow her to visit the region since December 2018. A year ago, she asked for “unfettered access” to the region.

Beijing has previously said it would welcome UN officials in Xinjiang providing that they stay out of the country’s internal affairs.

An Australian think-tank last year reported China was expanding its network of detention centres in Xinjiang, even as it said it was winding down the “re-education” programme.

The Australian Strategic Policy Institute (ASPI) said it had identified more than 380 “suspected detention facilities” in the region, where the United Nations says more than one million Uighurs and other mostly Muslim Turkic-speaking residents have been held in recent years.

Raab will also raise the “disgraceful” treatment of Kremlin critic Alexei Navalny, the crisis in Myanmar and the situation in Belarus, his office said. He will set out steps Britain has taken to address these issues, such as sanctions, and encourage others to follow.

The Human Rights Council is due to begin its annual session on Monday.