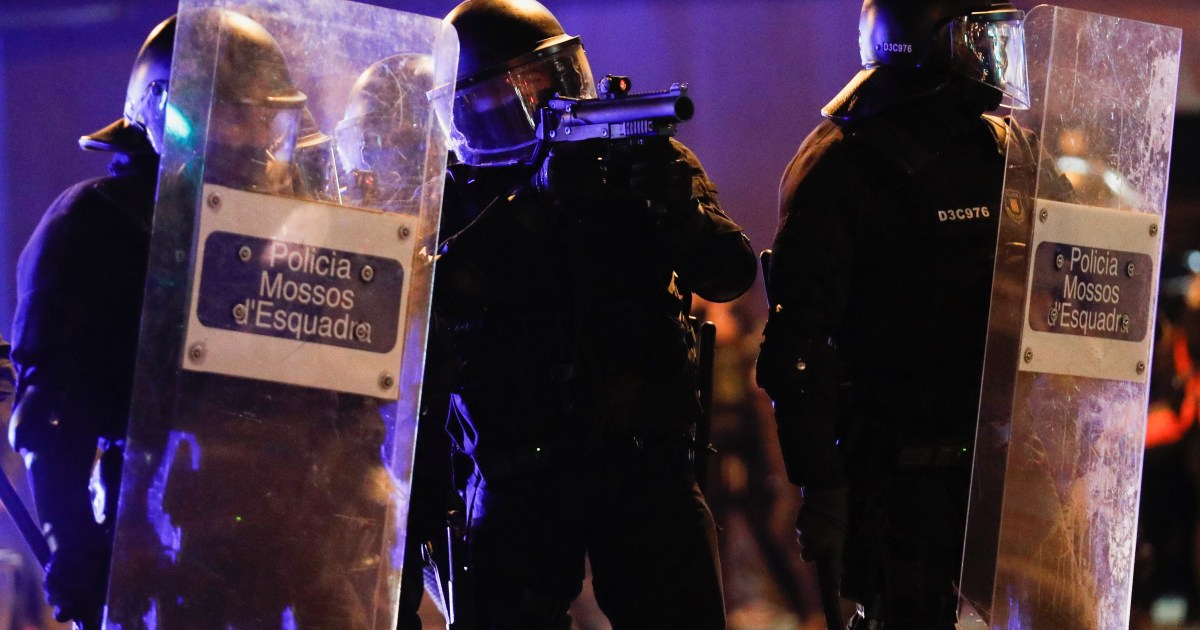 Protesters threw bottles at police, set fire to containers and damaged shops in Barcelona on Saturday in a fifth night of clashes and protests sparked after a rapper was jailed for “glorifying terrorism” and insulting royalty in his songs.

The nine-month sentence of Pablo Hasel, known for his virulently anti-establishment raps, has triggered a debate over freedom of expression in Spain, as well as protests that have at times turned violent.

Demonstrators hurled projectiles and flares at police, who fired foam bullets to disperse the crowd, the Mossos d’Esquadra, the Catalan regional police, said on Twitter.

About 6,000 demonstrators gathered in the city on Saturday, police said.

Nine people were arrested in Catalonia, the regional police said, including three minors. Some were detained for looting shops in Barcelona.

Nine people were injured, two of whom were taken to hospital, police said.

A demonstration in Madrid was peaceful but police charged protesters in the northern cities of Pamplona and Lleida.

More than 60 people have been arrested across Catalonia since the protests began. One woman lost an eye during clashes in Barcelona, triggering calls from politicians to investigate police tactics.

Oscar-winning actor Javier Bardem was among artists, celebrities and politicians who called for a change in the law covering freedom of expression.

The Spanish government announced last week it would scrap prison sentences for offences involving cases of freedom of speech.

The week in 43 photos

The week in 43 photos

Dems, GOP at odds over scope of Capitol attack probe