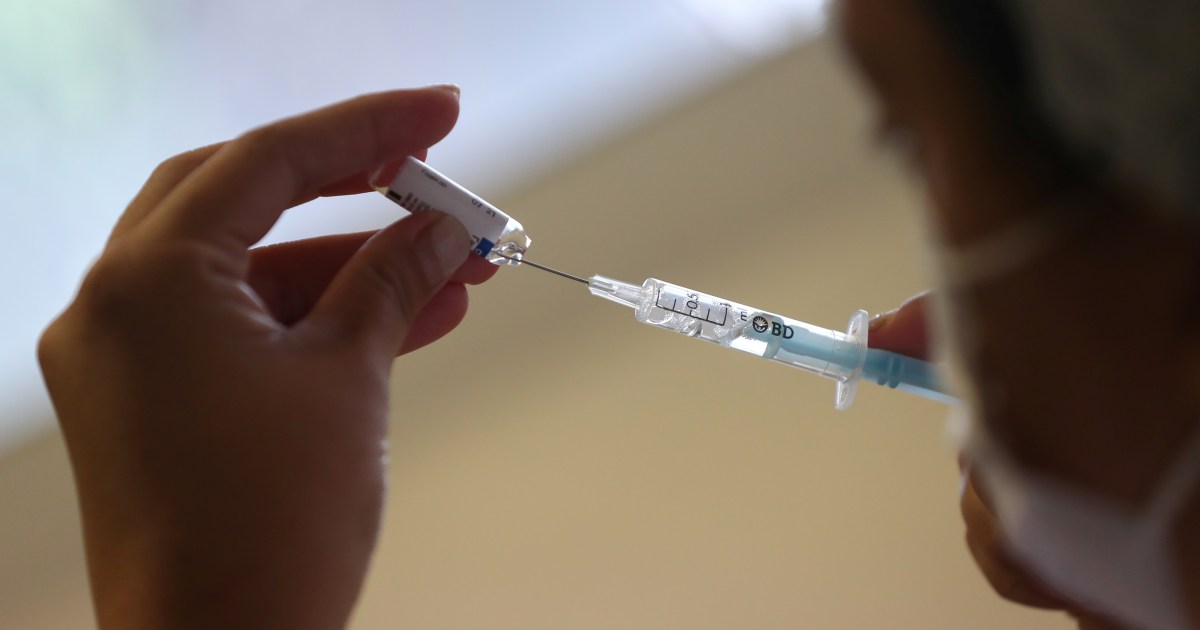 The health minister resigned late on Friday after reports he helped people jump the queue to receive coronavirus jabs.

The president of Argentina has decried an “unforgivable” COVID-19 vaccine scandal that prompted the resignation of the country’s health minister.

Gines Gonzalez Garcia stepped down on Friday after reports surfaced that he had aided people in the South American nation jump the queue to receive COVID-19 vaccines.

“Gines was a great minister, and on top of that, I like him. But what he did was unforgivable,” President Alberto Fernandez said in an interview with the Pagina 12 daily published on Sunday.

“Politics is ethical, we have to end these types of practices, with the Argentine culture of liveliness, craftiness [and] the management of influences,” Fernandez said.

The president had reportedly asked Garcia to step down after the scandal broke.

“Responding to your express request, I present my resignation from the position of minister of health,” Garcia wrote in a letter addressed to Fernandez that was shared on social media.

Garcia has been replaced by Carla Vizzotti, one of his deputy ministers who had secured supplies of Russia’s Sputnik V vaccine.

Argentina, which has reported nearly two million COVID-19 cases and more than 51,000 coronavirus-related deaths, began its vaccination programme in December.

The country gave first priority to healthcare workers and vaccinations for people aged above 70 began last week in the province of Buenos Aires.

Local media have reported the public prosecutor’s office has opened an investigation into the vaccines scandal.

Vizzotti insisted on Sunday that “in no way was there a VIP immunisation” programme.

She told Radio 10 that the scandal involved “a small number of people” and that there was no policy of “reserving vaccines”. She added that going forward, the country would implement a plan to monitor jabs.