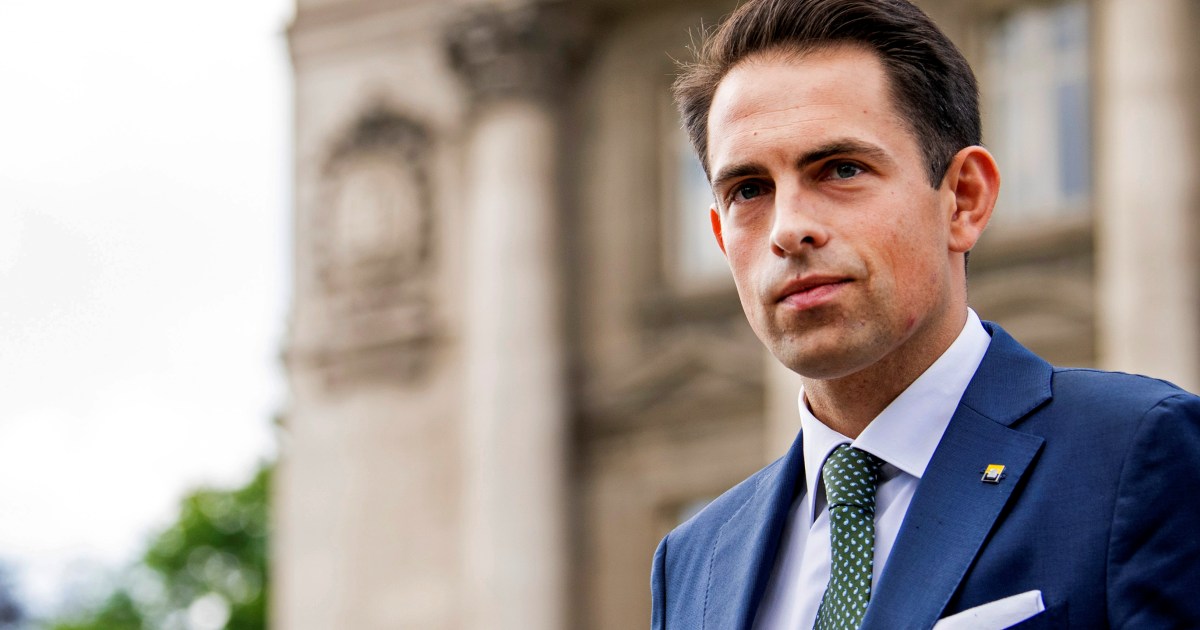 This January, Belgium’s statistical agency, Statbel, released the first official study on the diversity of the Belgian population. The picture that emerged is one of an increasingly diverse and heterogeneous society.

Progressives and multiculturalists responded positively to these statistics, perceiving them as a sign of Belgium’s growing cultural richness. Traditionalists and racists, however, expressed consternation, fear and outrage.

The usual suspects from the Belgian far right, meanwhile, used the results of Statbel’s study to spread misinformation, distort reality, demonise immigrants and stir up racism.

Tom Van Grieken, the head of the anti-immigrant Flemish nationalist political party, Vlaams Belang, for example, tweeted a news report about the study with the comment “Omvolking [ethnic conversion, re-population]. It is going fast”. To leave no doubt as to where he stood on the subject, the far right politician, who is himself married to a foreign national, added the hashtag #VreemdeInEigenLand (#ForeignInYourOwnCountry) to his tweet.

The Dutch word “omvolking” has its origins in the German word “umvolkung”, which was originally used by the Nazis to describe the perceived dilution of the superior Germanic race through assimilation with other, inferior races – a kind perceived de-Germanisation. During World War II, the term was also used to describe the reverse process, of so-called Nazi plans to re-Germanise Slavic lands.

Van Grieken’s use of a word with such a terrifying, murderous and racist past has, unsurprisingly, caused outrage in Belgium.

State Secretary for Migration and Asylum Sammy Mahdi, whose father is Iraqi and mother is Belgian, was among those who swiftly denounced Van Grieken’s use of the Nazi term. “Because my father fell in love with my mother 40 years ago, I am apparently part of the ‘omvolking’,” he tweeted, “This is painful to read”.

But despite the backlash, members of Vlaams Belang doubled down on their claims that the Belgian population is currently subject to a so-called “ethnic conversion”.

In an op-ed titled “Omvolking is real”, published days after Van Grieken’s tweet, Vlaams Belang MEP Tom Vandendriessche described “omvolking” as a strategy utilised by so-called “cultural Marxists” in a supposed “cultural war”. “This is a deliberate policy,” he claimed, “if we continue with mass migration, we will become a minority in our own country.”

These outbursts provide an insight into the paranoid and toxic myths at the heart of modern far-right politics. What these Vlaams Belangers allude to is a hodgepodge of far-right conspiracy theories, including the “great replacement” and its more extreme variations “white genocide” and “Eurabia”.

What these rabid conspiracy theories, which are becoming increasingly popular on both sides of the Atlantic, have in common is their belief that multiculturalism is a smokescreen for a global plot to dilute, weaken, replace or wipe out the white race.

What is remarkable about these fantasies is how they clumsily combine elements of classic anti-Semitism and anti-leftism with more recent elements of Islamophobia.

According to many on the far right and neo-Nazis, a global cabal of either “cultural Marxists (Jews and leftists)” or “globalists (rich Jewish capitalists)” are conspiring to destroy white civilisation by “importing” millions of brown and Black people, especially Muslims, to the West.

These feverish fantasies reflect the profound anxiety and sense of inferiority at the heart of contemporary white supremacy. That these “theories” enjoy currency and are given credence reflects the (wilful) credulity of those who believe in them, as well as their ignorance of science, genetics and demographics among other things. The growing preponderance of these theories is also testimony to the far right’s skilful manipulation of social media to spread misinformation.

Moreover, a huge chunk of the immigrants and people with immigrant backgrounds living in Belgium are not the dark-skinned non-Europeans that the far right claim are “invading Europe”. They are actually white Europeans from neighbouring countries who have taken advantage of the European Union’s freedom of movement guarantees. Indeed, according to Statbel, the countries that sent the highest number of migrants to Belgium in 2019 were Romania, France, the Netherlands and Italy.

So-called “white people”, ie people with pale skin, are in absolutely no danger of dying out – neither through immigration, nor interracial mixing.

White supremacists who do not believe me should travel to, say, the Levant, and especially to Syria and Palestine. There they will find Arabs who are as pale as the palest Celts and Scandinavians, thanks to the influence of Romans, Crusaders, Circassians and many others.

There are also many different skin tones in my Egyptian family, a reflection of the countless migration waves that passed through the civilisational crossroads that is Egypt. This diverse gene pool resulted in my Belgian wife and I producing a son who is not brown like his father, but in fact fairer than most native Belgians.

Of course, people who are “white” on the outside and “brown” on the inside, or vice-versa, anger white supremacists. This is because their mere existence undermines and invalidates the pride these sad souls derive from their mythical notions of racial purity and their skin tone.

Of course, concern about immigration is not limited to racists and fascists. There are also many common people who simply find the rapid pace of change in their societies worrying and hard to process. This has led to a great deal of nostalgia for how things were, especially among conservatives.

I can understand such worries, especially among older people who remember living in a very different country.

However, it is important to put the situation in perspective. The most radical changes that have swept Belgian society, like elsewhere in the world, have little to do with immigration. Scientific and technological progress, as well as autochthonous social and cultural developments, are responsible for the lion’s share of change.

If Belgians nostalgic for an imagined past were actually able to travel back just a few short decades, they would quite literally find themselves in a different country.

Rather than the largely secular reality they live today, they would feel the stifling presence of the Catholic church almost everywhere, even in classrooms. They would find an overwhelming majority of Belgian women confined to the domestic and family sphere, in a permanent patriarchal lockdown, unable to pursue their dreams and aspirations.

While this may appeal to the most ultraconservative in society, the vast majority of Belgians, even nostalgists, would not really like to return to the constricted reality of the not so distant past.

More importantly, the things Belgians value the most about their society, and which they have appreciated the most during this pandemic, would not be feasible without immigration. This will come as a shock to those who have been told for decades by the right that immigrants are nothing but spongers.

Not only do immigrants provide essential manpower in the medical and care sectors, among others, they also play a pivotal role in keeping Belgium’s healthcare and pensions system afloat. Without the taxes and social security payments coming from immigrants, Belgium’s welfare system may well have collapsed by now.

In light of falling birthrates, demographers have long been warning that Belgium’s population would decline, with dire consequences for the ageing population. Luckily, immigration has made up the difference since the end of World War II.

Judging by the large numbers of children with a mixed or foreign background currently making their way up through the school system, Belgium will become even more reliant on immigrants and their taxes in the near future.

Beyond the economic imperative, diversity is a beautiful thing in and of itself.

Contrary to what anti-migration activists and politicians claim, a multicultural society is no more prone to conflict than a monocultural one. But it offers the additional advantages of dynamism and cultural richness.

As someone who has resided in numerous countries and who lives a multicultural reality within the walls of my home, I find it hard to grasp some people’s desire to exist in a dull, monocultural society.

That the next generation is even more diverse than ours fills me not with fear but wonder and hope for the future. Our son has been a polyglot since he learned to babble, is aware of his dual heritage, and can switch seamlessly between languages and cultures.

Humanity provides us with such a delicious range of cultural choice to feast on that it is a pity to stick to the same set menu. Rather than trying to stamp out multiculturalism, bigots should give themselves the chance to savour its delicious diversity.