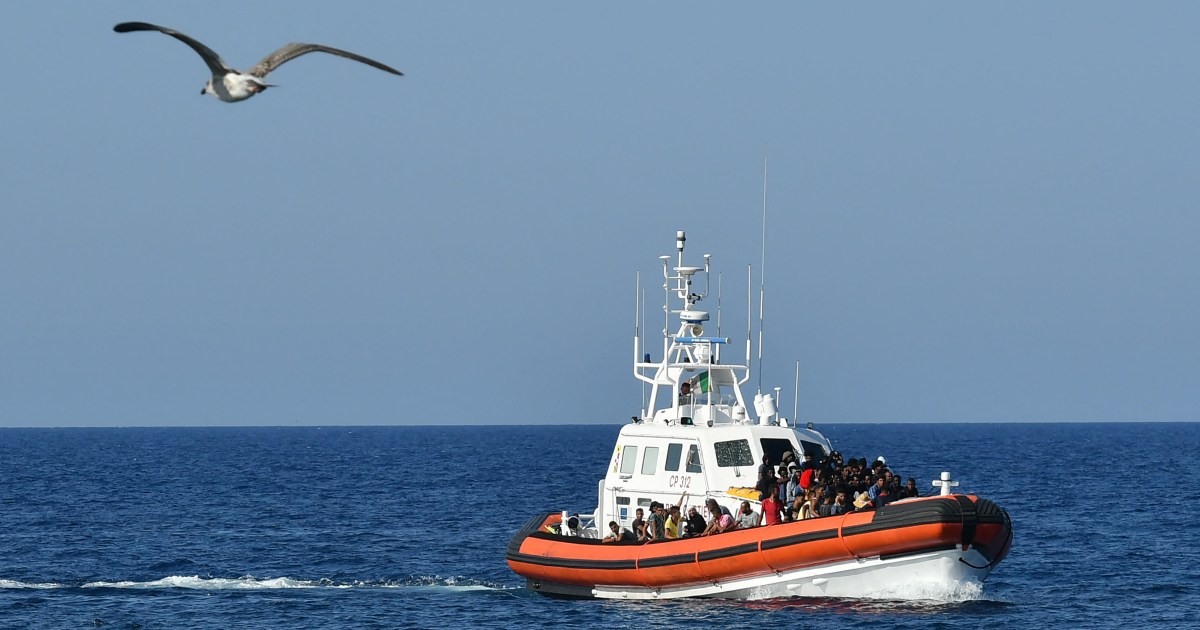 So far 45 people have been rescued, while five to 10 others are believed to be missing off Lampedusa’s southern coast.

The Italian coastguard has launched a rescue operation after a boat carrying at least 50 migrants and refugees capsized overnight off the coast of Lampedusa.

The coastguard said on Saturday the incident took place 15 nautical miles (28km) off the southern coast of the Sicilian island as emergency crews were trying to bring the people on board its boat.

A spokesperson said 45 people have been rescued so far and a helicopter has been deployed to help find survivors.

Citing witnesses’ testimonies, the coastguard said five to 10 people were believed to be missing.

According to the latest data gathered by the interior ministry, 2,931 migrants reached Italy this year by boat compared with the 2,065 that arrived during the same period last year.

Lampedusa is one of the first points of entry for migrants trying to reach Europe by crossing the Mediterranean Sea from Africa.

The UNHCR described the central Mediterranean as the most dangerous migration route worldwide – one in six people who depart the shores of North Africa dies.

The Falcon and the Winter Soldier release dates: When does episode 1 hit Disney Plus? – CNET