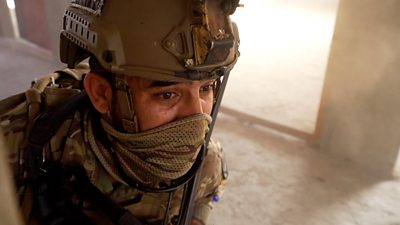 The future of Nato’s 10,000 troops in Afghanistan is high on the agenda of this week’s remote meeting of the alliance’s defence ministers.

The clock is ticking on their planned departure by 1 May as part of the US-Taliban deal agreed last year by the Trump administration – now being reviewed by President Biden.

The Taliban has repeated over recent days its demand the troops leave promised, but many are questioning if the time is right. Peace talks between the Taliban and the Afghan government have stalled and violence has surged over recent months.

A recent report to US Congress warned of an Afghan civil war if the troops leave by 1 May. But there is a clear danger that if they stay, then Taliban violence will increase.

Filmed and produced by Dave Bull.