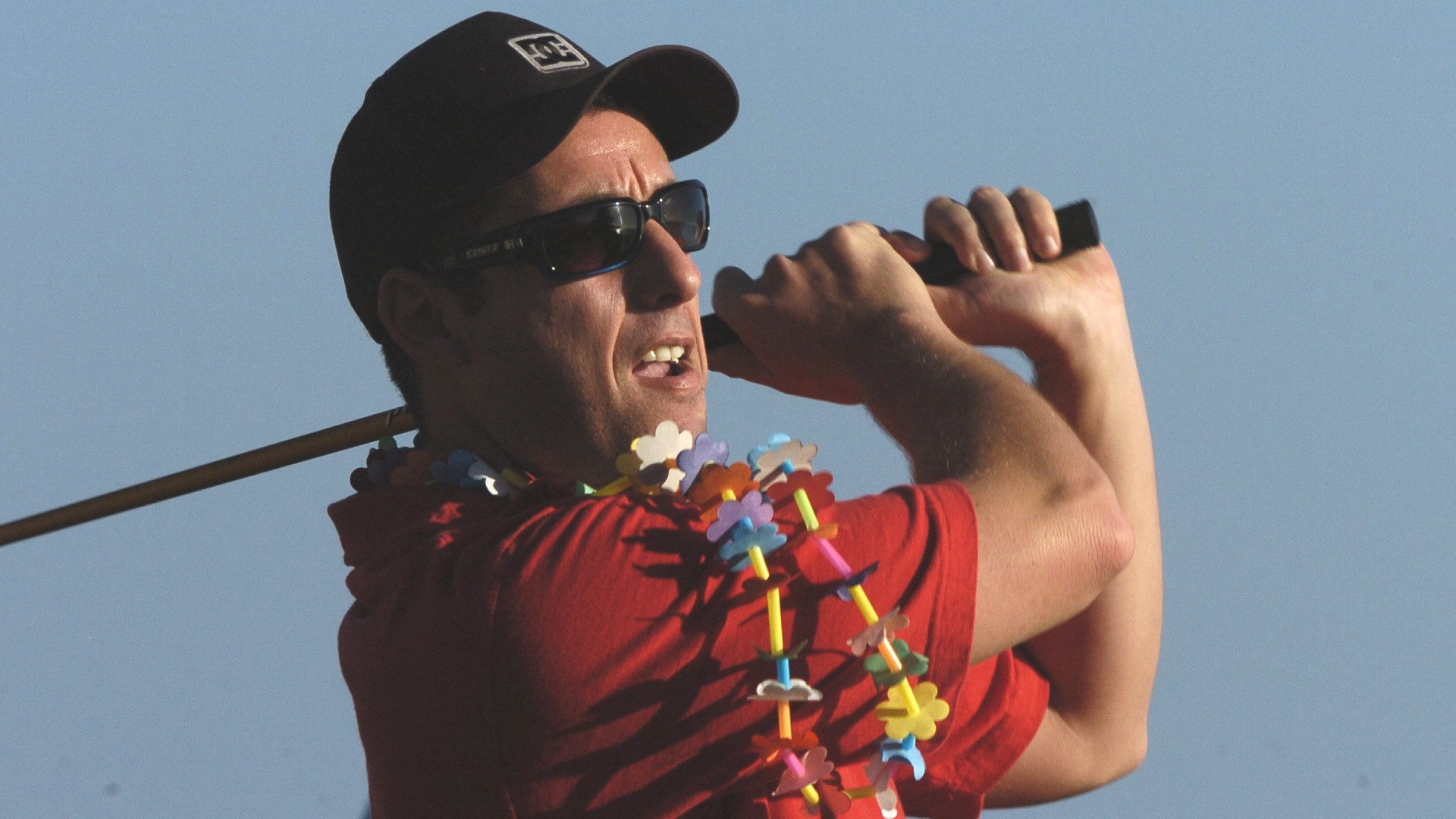 Tuesday marked the 25th anniversary of the premiere of “Happy Gilmore,” and despite that it’s been a quarter century since the movie came out — who else feels old? — Adam Sandler showcased the trademark swing like it was yesterday.

On a golf course, somewhere warm, Sandler paid homage to the character who was obsessed with becoming a professional hockey player but instead realized he had a knack for ripping tee shots.

“OK, it’s been 25 years since I’ve done this,” Sandler says to the camera. “Let’s see what happens.”

As he got closer to the tee, Sandler adds: “I’m scared. Shooter McGavin, this is for you.”

The actor then took the iconic three steps before wailing on the ball just like he did many moons ago. The only thing missing was a Bruins jersey.

“And I’m not lying to you, that is smashed. Smashed and that went pretty well. You’re dead, Shooter,” he said, before ending the clip with a maniacal laugh.

If you need a little refresher, Shooter McGavin is the antagonist to hero Happy Gilmore, a regular guy who becomes a pro golfer to pay off his grandma’s back taxes. McGavin despises Gilmore, his unorthodox style and his lack of proper golf etiquette; Gilmore does famously rumble with Bob Barker during a celebrity pro-am.

Well, it appears as there is no love lost between these two rivals as Shooter took to Twitter to respond.

He then adds a couple of famous lines from the movie: “Why don’t you just meet me at the ninth green at nine, Gilmore? Little secret of the pros. OK? And Gilmore, wear something nice.”

That’s a beautiful swing Mr. Gilmore. Congrats on your anniversary, and being such a loving grandson. So happy to be a small part of taking good care of her during her “golden years”. 😉

UK lawmaker accuses Harry of ‘blowing up his family’