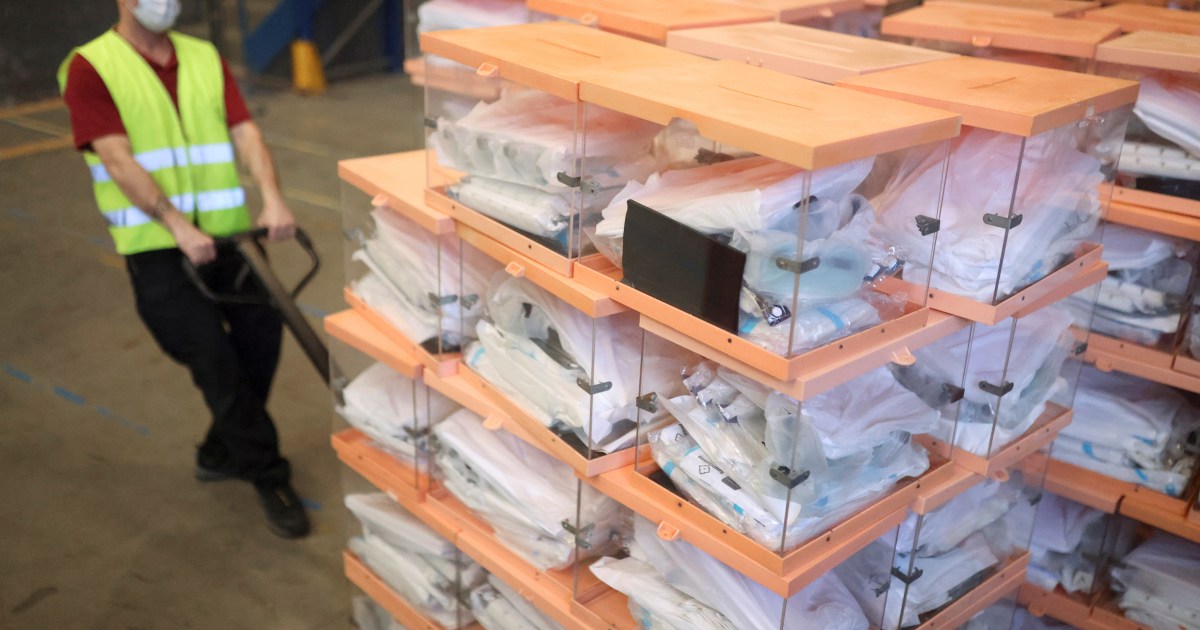 Madrid, Spain – If nothing else, Sunday’s regional elections in Catalonia will surely go down as the strangest-looking in its deeply turbulent recent history, thanks to the pandemic and photos of voting officials striding around polling stations in full medical personal protective kit.

But in terms of alterations to Catalonia’s political picture, Monday’s definitive results for the region’s fifth election in just over a decade look familiar to some voters.

Both a deeply fragmented parliamentary panorama, with a record total of eight different parties for its 135 seats, and the prospect of fractious, fragile alliances between any potential governing parties, are hardly news in Catalonia.

Amid the sense of business as usual, though, Sunday’s unprecedented success for the far-right pro-unionist party Vox was one major new development.

While Vox is now set for its parliamentary debut with more seats than both its closest rivals, the conservative Partido Popular  [PP] and centre-right Ciudadanos parties, at the other end of the Catalan political spectrum, there was also a big hike in votes for the hard-left separatist Popular Unity Candidacy (Candidatura d’Unitat Popular, or CUP).

However, a third important novelty is that in the centre of Catalonia’s political playing field, the chances of a degree of entente between Spanish unionists and Catalan separatists have arguably risen, too.

A nine-percent increase in votes means Spain’s ruling Socialists have replaced Ciudadanos – which performed disastrously, losing 30 of its 36 seats – as the biggest single party and leading pro-unionist force in the Catalan parliament.

Unlike Ciudadanos, which ruled out any kind of discussions with the separatists, the Socialist government had already, prior to the elections, agreed to a proposal by the Esquerra Republicana de Catalunya (ERC) to revive shelved round-table, cross-party talks to resolve Catalonia’s future.

“The Socialists’ win can only strengthen their mandate or moral authority to open up negotiations with the Nationalists,” Manuel Lopez, professor of history at Spain’s Open University, told Al Jazeera.

“In recent history, it’s been very rare for the political party governing Spain to simultaneously enjoy such a strong level of support in Catalonia.

“It’s very different to the results in the last two Catalan elections for the PP,” said Lopez, referring to the party that ran the Spanish government from 2011 to  2018, “given they were already  a marginal force in the region.”

Meanwhile in the separatist camp, thanks to Sunday’s elections the left-leaning ERC have leapfrogged ahead of their more conservative rivals, Junts, albeit by one seat.

Sunday’s boosted overall pro-independence majority in parliament, too, makes it likely that ERC leader Pere Aragones will now govern Catalonia, probably at the head of another secessionist coalition.

When it comes to Catalonia’s future political relationship with Madrid, ERC is markedly less confrontational than its most probable coalition partner Junts, whose electoral promises had included a repeat of 2017’s unilateral declaration of independence, a major high point of Catalonia’s recent political crises.

Speculation that an actual governing alliance between ERC and the Socialists could form, crossing the traditional battle lines in Catalan politics, has been ruled out by ERC.

However, “this is the first time in Catalan elections that combined forces on the left, nationalist and non-nationalist, have won, taking 70 percent of votes and around 80 of the 135 seats”, Lopez says.

“That again makes dialogue, at the very least, more likely.”

Despite Vox’s dramatic success in gaining 11 seats, the hard-right party’s chance of forming part of a government, as it did in its regional breakthrough in Andalusia in 2018, seems non-existent.

The Socialist leader in Catalonia, Salvador Illa, who says that as head of the winning party he is duty-bound to present his candidature for the region’s presidency, has already said he will open up negotiations with all parties except for Vox.

Actually deciding who will govern Catalonia looks set to be as protracted a process as ever.

Squabbling has already begun between the ERC and Junts over whether to invite the left-wing, non-separatist, En Comu Podem party to join a possible coalition.

And the CUP, whose nine votes are critical for guaranteeing a separatist coalition an absolute majority, is repeatedly insisting its support will hinge on a clear route map towards independence.

A longstanding nationalist demand for the pardoning of nine jailed Catalan separatist leaders, among them ERC president Oriol Junqueras, has yet to be resolved.

Beyond that, voters weary of the seemingly interminable pro- and anti-separatist standoff may feel that Illa’s electoral promises – pledges of increased dialogue to “turn over a new page and end the trench warfare politics of two ‘blocks’ that has led to deadlock in Catalonia” – at least hold the promise of a reduction of underlying tension.

But to judge by the scale of Catalonia’s recent tumultuous political history, it will be no easy task.