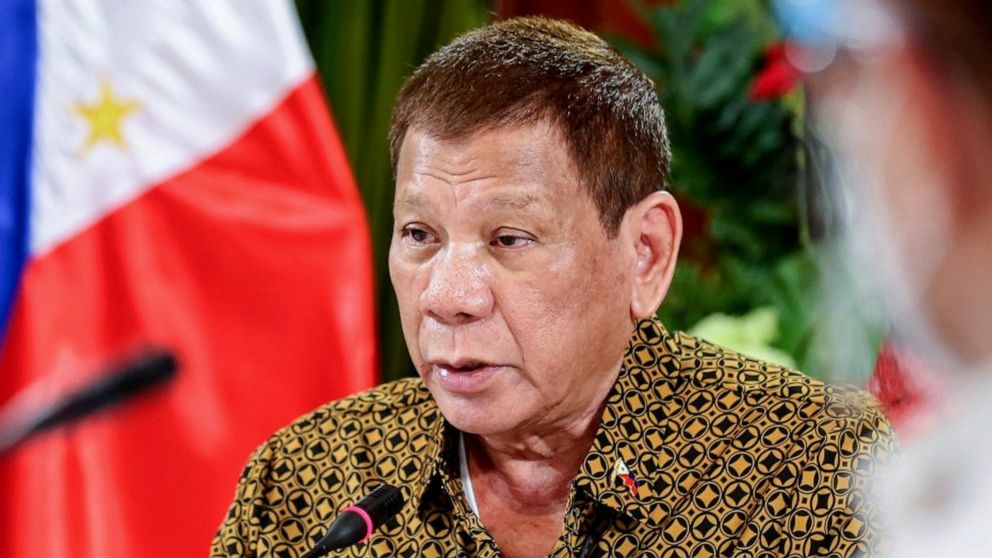 Presidential spokesman Harry Roque said the Philippines has received much less security assistance from the U.S. than Pakistan and other countries despite Manila’s long treaty alliance with Washington. Roque did not specify how much more the U.S. should provide in exchange for the continuation of the Visiting Forces Agreement.

Duterte said in a speech last week that if the U.S. wants to keep the military agreement, which he ordered abrogated a year ago, “they have to pay.”

“It’s a shared responsibility, but your share of responsibility does not come free,” said Duterte, who is known for his blunt comments.

Roque said that “what the president wants is, if you want to continue using our territory, we want just compensation for it. Not loose coins, not dilapidated equipment.”

Duterte’s administration notified the U.S. government in February last year that it intends to abrogate the 1998 agreement, which allows the entry of large numbers of American forces for joint combat training with Filipino troops and lays down the legal terms for their temporary stay. The termination would have taken effect after 180 days, in August, but Duterte delayed the effectivity of the decision.

If the agreement is terminated, it would deal a major blow to one of America’s oldest alliances in Asia.

Duterte has often lashed out at U.S. security policies while nurturing relations with China and Russia. But his foreign and defense secretaries have cited the importance of Manila’s alliance with America.

The U.S. military presence in the region has been seen as a crucial counterbalance to China, which continues to aggressively assert its vast territorial claims in the disputed South China Sea despite a 2016 international arbitration ruling that invalidated their historic basis. China, the Philippines, Vietnam and three other governments have been locked in the territorial standoff for decades.

Sen. Panfilo M. Lacson, who heads the Senate committee on national defense and generally supports Duterte, said “there is a more civil and statesmanlike manner to ask for compensation from a longtime ally using the usual diplomatic channels and still get the same desired results.”

Duterte’s demand for the U.S. to pay up “may have given the impression that the Philippines is a nation of extortionists,” Lacson said in a statement which stressed that “one cannot put a price tag on the value” of the Visiting Forces Agreement.

Albert del Rosario, a former Philippine foreign secretary, said the agreement enforces the allies’ 1951 Mutual Defense Treaty. “It is incomprehensible that when partners help each other against a common enemy, one party is asking his partner to pay,” he said in a statement.

Roque said the demand was “not extortion, it’s upholding the national interest of Filipinos.”

There was no immediate reaction from U.S. officials, who have repeatedly underscored the value of the 1998 pact and Washington’s alliance with the Philippines to mutual and regional security.