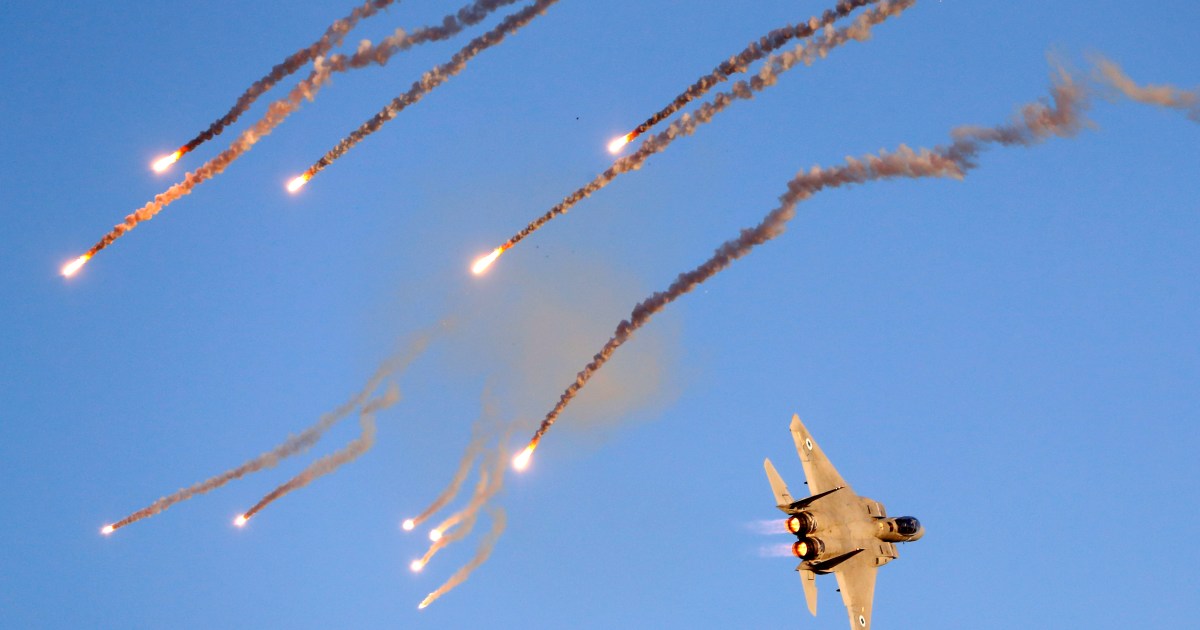 Israel’s air force has begun a “surprise exercise” to improve combat readiness along the United Nations-demarcated Blue Line between it and Lebanon, according to its military.

The military said on Monday that the drill, which will last until Wednesday, would result in increased air traffic throughout the country and that explosions may be heard in northern Israel.

It said the “exercise simulates combat scenarios in the northern front and will test all components in the (air force’s) core missions, including maintaining aerial superiority, protecting the country’s skies, as well as attacking and gathering intelligence”.

Israeli aircraft have been accused of violating Lebanese air space in recent months. On February 1, Lebanese armed movement, Hezbollah, said it shot down an Israeli drone that flew over the Blue Line.

The Israeli jets flying in from the Mediterranean over Beirut have tormented people in the country, with which Israel is still technically at war.

Israel has also said it carried out hundreds of attacks in neighbouring Syria against what it calls Iranian targets trying to establish a permanent military presence there, and against advanced weapons shipments to Tehran-backed Lebanese group Hezbollah.

The announcement came as Syria’s army announced on Monday that the country’s air defences intercepted “Israeli aggression” over the capital, Damascus, without giving details of what was hit.

Israel’s armed forces also did not immediately comment on the latest raid.

Israel has escalated its campaign in Syria to prevent its arch-foe Iran, a close ally of President Bashar al-Assad, from establishing a significant military foothold along its border.

It has concentrated its attacks on the Syrian city of al-Bukamal, the border checkpoint on the main Baghdad-Damascus highway.

Decades after the Gulf War, Iraq’s youth view oil as a curse

Decades after the Gulf War, Iraq’s youth view oil as a curse