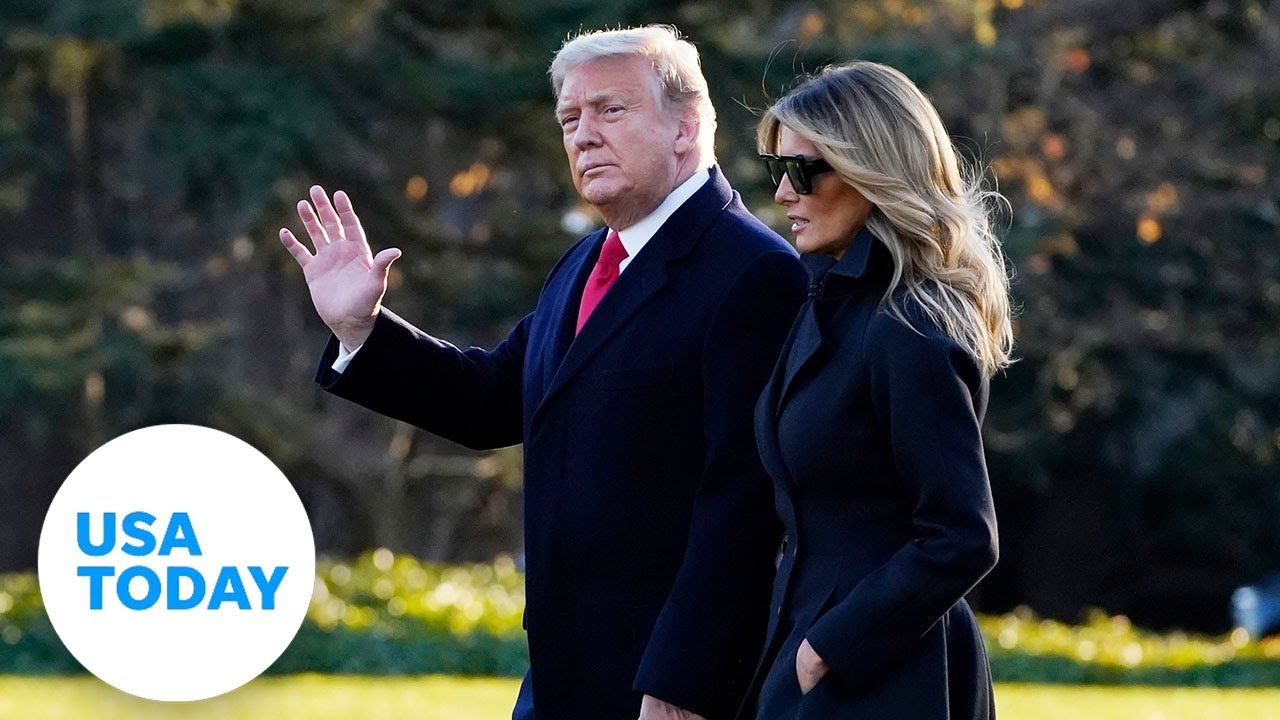 House managers will be prepared to answer any questions from senators in the impeachment trial of former President Donald Trump, but the timing of questions remains uncertain heading into the closing hours of the proceedings, according to senior aides to the managers.

Schoen has said defense lawyers will speak for three to four hours. If they finish that quickly, senators could potentially move Friday to a question-and-answer period of up to four hours for senators to submit written questions to both sides, according to aides.

Trump’s defense team led by Bruce Castor Jr. and David Schoen begin opening arguments Friday, after two days of arguments from managers. Trump is charged with inciting the insurrection in the Jan. 6 riot at the Capitol, but his defense lawyers contend he can’t be held responsible for the mob’s actions that left five dead and the building sacked.

Senators filled the entire 16 hours of questions during Trump’s first impeachment trial last year, when he was acquitted.

After questions, managers or defense lawyers could request witnesses, with two hours of debate. Members of both sides have suggested they don’t need to call witnesses, which could prolong the trial by weeks or months, but no formal decisions have been announced.

If no witnesses are called, the managers and defense team will each have two hours for closing arguments, probably on Saturday. The Senate provided for a return Sunday at 2 p.m. if there has not yet been a vote to convict or acquit Trump by then.

Biden wonders if GOP senators will ‘stand up’

President Joe Biden weighed in Friday on the Senate impeachment trial of former President Donald Trump, saying he wondered if Republican senators would “stand up.”

“I’m just anxious to see what my Republican friends do – if they stand up,” Biden said.

Biden has said he wasn’t watching the trial because he was working on administration priorities. But he said Thursday that he thought House managers who are prosecuting the case could change some minds.

The House charged Trump with inciting insurrection in the Jan. 6 riot at the Capitol. But his defense team, which will begin their opening opening arguments Friday, contends he can’t be blamed for the mob’s actions.

A two-thirds majority of the evenly divided Senate is required for conviction. Many Republicans have said they weren’t persuaded by the House case.

Biden, a former 36-year senator, offered his perspective while visiting with reporters outside the White House.

Donald Trump’s lawyers will argue there’s no link between the former president’s fiery rhetoric and the violent Jan. 6 Capitol riots and appeal to senators’ free speech rights when they begin their opening arguments Friday in Trump’s impeachment trial.

Trump’s defense team led by Bruce Castor Jr. and David Schoen have said the actions at the Capitol were repugnant, but contend House prosecutors failed to adequately prove Trump’s tweets and words urged his supporters to march to the Capitol, break in and ransack the nation’s seat of government.

“They haven’t in any way tied it to Donald Trump,” Schoen said.

Their arguments, which begin at noon, follow two days of arguments by Democratic House impeachment managers prosecuting the case. The nine managers, using at times chilling security footage of the violence, argued Trump whipped his followers into a frenzy over his election loss, called them to Washington, D.C., and encouraged the violence that resulted at the Capitol. And then, as the mob made its way through the building, prosecutors said Trump failed to act and showed no remorse.

Will witnesses be at trial?:Democratic senators say there’s no need for witnesses in Trump impeachment trial

The managers played videos of Trump encouraging supporters at rallies and on Twitter. And managers quoted rioters defending their actions by saying Trump invited them. But his lawyers disagreed.

“I don’t believe that’s what happened, no,” Castor said.

Trump is charged with inciting the insurrection at the Capitol, where five people died, including a police officer and a woman shot by police. The violence interrupted Congress’ electoral vote count of President Joe Biden’s victory.

House managers face a high hurdle for conviction because a two-thirds vote is required in the Senate, meaning at least 17 Republicans would have to join Democrats to convict Trump. But more than a third of the chamber – all Republicans – have twice voted that the trial is unconstitutional, suggesting Trump will be acquitted.

Schoen estimated they’ll need just three to four hours to make their opening arguments Friday, far less than the 16 hours over two days they’ve been afforded. House impeachment prosecutors used about 10 of their 16 hours over Wednesday and Thursday.

‘Brings tears to your eyes’:What we learned from previously unseen riot footage at the impeachment trial

The trial could potentially end Saturday with a vote on whether to convict or acquit Trump. When the defense is done, senators will have up to four hours to ask questions and then each side will have two hours for closing arguments.

Former President Donald Trump’s legal team plans to make their case Friday personal to senators, arguing that if Trump’s remarks aren’t protected by the First Amendment then their comments might not be, either.

Trump’s legal team had already made clear the three central arguments of their case: The trial is unconstitutional because Trump is no longer in office, the House rushed the impeachment process and Trump’s remarks are protected by the First Amendment.

“I don’t think there should be any surprises,” David Schoen, one of Trump’s attorneys, said of their presentation. “It’s all out there in the public domain.”

“I thought that the argument we heard today from Congressman Raskin about what he understands the law to be was dangerous,” Schoen said. “I think it puts at risk every – every – senator in that chamber and every politician who wishes to speak, passionate political speech.”

Rep. Jamie Raskin, D-Md., the lead House prosecutor, argued Thursday the First Amendment is not a defense to impeachment.

Schoen noted there is much about the Jan. 6 attack that remains unclear, including all the planning ahead of the riot.

“We don’t know the facts of what happened here,” Schoen said. “So why on Earth would you have something you call a trial without having the facts when you say it’s fact-intensive.”

Schoen’s remarks followed a meeting with three GOP senators – who are jurors in the case but also fierce allies of Trump. Schoen said Sens. Ted Cruz of Texas, Lindsey Graham of South Carolina and Mike Lee of Utah did not offer advice in the trial, but talked about procedures and took the legal team through how the question-and-answer period would operate once their presentation had concluded.

Cruz appeared to offer a slightly different account of the meeting, telling reporters they’d been “discussing their legal strategy and sharing our thoughts.”

He said Trump’s lawyers had to make the case that the House managers had not met the burden of proof to show Trump’s “conduct satisfied the legal standard of high crimes and misdemeanors.”

Senators will start hearing from former President Donald Trump’s lawyers for the second time on Friday, and after two days of hearing the evidence against Trump, Republican senators are hoping for a focused presentation from Trump’s team.

Sen. Susan Collins, R-Maine, a potential swing vote on convicting Trump, said she hoped the former president’s lawyers would be as “specific” as the House lawmakers.

The lawyers had taken criticism from Republican lawmakers after their presentation on the trial’s constitutionality Tuesday. One of the attorneys, Bruce Castor, was criticized by Republican senators as unfocused. Collins said Tuesday Castor “did not seem to make any arguments at all.”

Republicans said they wanted Trump’s attorneys to focus on the broader context of Trump’s remarks ahead of the Capitol riots, which Democrats said incited the violence, and to address whether the trial is constitutional since Trump is no longer in office.

Sen. James Lankford, R-Okla., told reporters he wanted Trump’s lawyers to “walk through the rest of the story” and explain more of what was happening beyond what he called Democrats’ “selective messages” from Trump on Jan. 6.

Sen. Roy Blunt, R-Mo., a member of Senate Republican leadership, said he’d made up his mind to acquit Trump and “I can’t imagine that the president’s lawyers will manage to talk me out of that.”

He said he wanted to hear some “context” from Trump’s lawyers.

“There’s a difference in reckless behavior and intentional motivation to do something as terrible as incitement,” he said.

Sen. Rob Portman, R-Ohio, told reporters he wanted a “good presentation” from Trump’s lawyers that would “hopefully focus more on the issues.” He hoped they would address more of the issues on the constitutionality and jurisdiction of the case.

Trump’s lawyers contended Tuesday the case was unconstitutional because Trump is no longer president. But the Senate voted that the trial was constitutional.

Heart problems may be rare in pro athletes after COVID-19

Heart problems may be rare in pro athletes after COVID-19