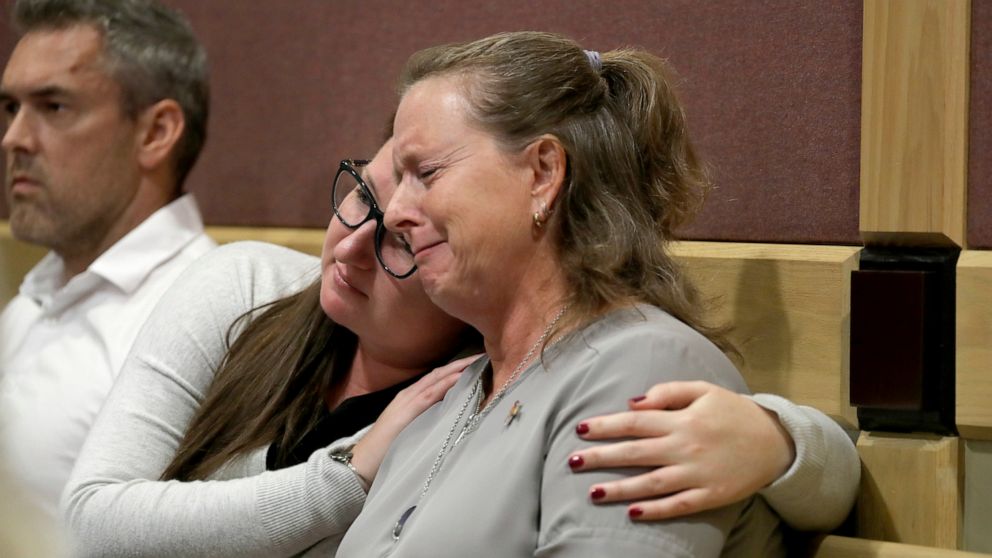 ST. PETERSBURG, Fla. — It’s been more than 1,000 days since a gunman with an AR-15 rifle burst into a Florida high school, killed 17 people and wounded 17 others.

Yet, with Valentine’s Day on Sunday marking the three-year milestone, the trial of 22-year-old Nikolas Cruz is in limbo.

One reason is the coronavirus, which has shut court operations down and made in-person jail access difficult for the defense. Another is the sheer magnitude of the case, with hundreds of witnesses from Feb. 14, 2018, at Marjory Stoneman Douglas High School in Parkland.

The case could have been all over by now. Cruz’s lawyers have repeatedly said he would plead guilty in exchange for a life sentence. But prosecutors won’t budge on seeking the death penalty at trial.

“We are dedicated to ensuring that justice is done and we are working diligently to ensure that the criminal trial begins as soon as possible,” said Broward County State Attorney Harold Pryor, who was elected in November.

The longtime state attorney he replaced, Michael Satz, is staying on to personally prosecute Cruz. Satz has said Cruz’s fate must be decided by a jury, not by Cruz himself through a guilty plea.

Parents of those slain and wounded are divided over the death penalty, said Tony Montalto, whose 14-year-old daughter Gina was killed in the shooting and who is president of the victims’ family group Stand With Parkland.

There’s no doubt where Montalto stands.

““The option for a long life was not given to our children and spouses — it was taken that day,” Montalto said. “Society in general should demand that someone who attacked the most vulnerable, our children, at their school, a place of learning, should be held ultimately accountable. Our families have already paid the ultimate price.”

Michael Schulman, the father of shooting victim Scott Beigel — a school cross-country coach and geography teacher hailed for protecting students — wrote a newspaper opinion piece in which he said it would be better for everyone if Cruz could plead guilty and be locked away for life.

“Going for the death penalty will not bring our loved ones back to us. It will not make the physical scars of those wounded go away,” Schulman wrote. “In fact, what it will do is to continue the trauma and not allow the victims to heal and get closure.”

Even in the best of times, death penalty cases typically take years to go to trial. In Broward County, the average time between arrest and trial is about 3 1/2 years. Some complex cases have taken up to 10 years to get to trial.

“Even if we didn’t have the pandemic to contend with, getting a death penalty case with this many victims to trial, in Florida, would have taken at least this long,” said David Weinstein, a former federal prosecutor now in private practice in Miami. “The deposition process alone can take years, and then there are the experts and mitigation specialists.”

If Cruz is convicted and sentenced to death, the appeals would probably stretch for decades. It’s also possible the case could get reversed and sent back for another sentencing hearing or trial, forcing victims’ families to confront it all again.

Cruz is represented by the Broward County public defender’s office, which has taken depositions so far from about 300 witnesses. His lawyers declined comment for this story, but in court papers they have insisted there is no intent to delay the case.

Cruz had a well-documented history of mental problems, including an obsession with violence and death, before the shooting rampage when he was 19. His defense isn’t focused on his guilt or innocence; it’s more about sparing him from the death penalty, his lawyers have said in court.

One big sticking point is access to Cruz in jail. His lawyers say that mental health experts they need for the trial must interview him in person, which they will not do as long as the coronavirus remains a threat in the nation’s jails. But officials have raised security concerns about transporting Cruz from jail to meet with defense experts elsewhere.

In recent weeks, there has also been a lengthy battle over prosecutors’ desire to let the jury —whenever the case gets to that point — visit the now-closed school building to see it for themselves. Defense attorneys say that would be too prejudicial and that ample video and other evidence exists.

Circuit Judge Elizabeth Scherer initially hoped to begin the trial in January 2020. That obviously did not happen. Then everything was shut down when the coronavirus pandemic struck in mid-March.

No trial date has been set. The next hearing is a status conference, conducted remotely like other such proceedings over the past several months, on Feb. 16.

—The sheriff at the time, Scott Israel, was removed by the governor because of the agency’s performance that day.

—The school security officer on duty the day of the shootings, former Broward County Deputy Scot Peterson, faces 11 criminal charges, including child neglect and negligence, for not entering the school building to confront Cruz. He has pleaded not guilty and also awaits trial.

— A commission set up to study the tragedy recommended that teachers be trained and armed in schools, and the state Legislature in 2019 passed a law to that effect.

— Multiple lawsuits have been filed over the shootings and will probably take years to resolve. The coronavirus outbreak has hindered those cases as well, though a judge recently ruled the school system had no duty to warn of the danger posed by Cruz, by then a former student.

Vehicle deaths up in 2020, despite fewer people on roads amid pandemic, NSC says

Vehicle deaths up in 2020, despite fewer people on roads amid pandemic, NSC says