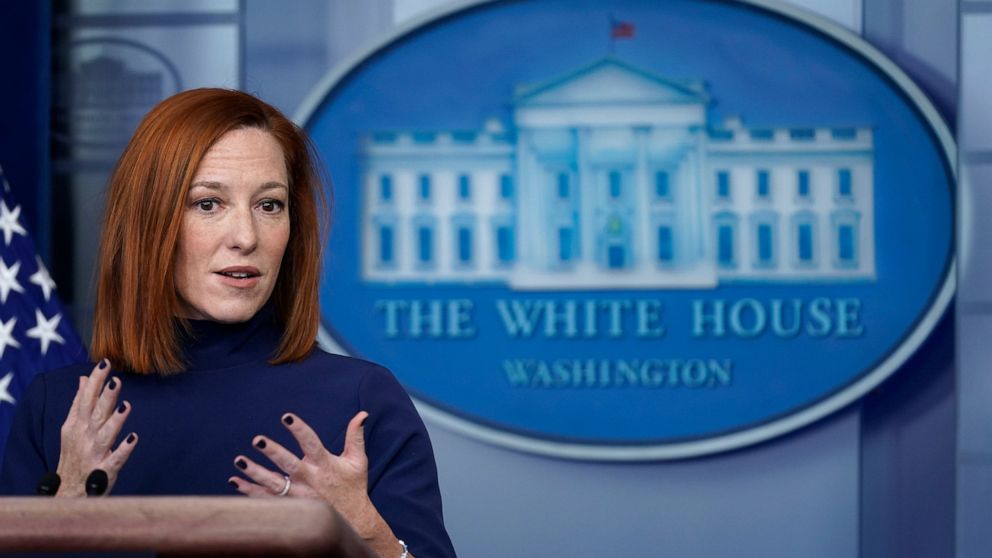 WASHINGTON — Democrats on a pivotal House panel on Monday proposed an additional $1,400 in direct payments to individuals as Congress began piecing together a $1.9 trillion COVID-19 relief package that largely follows President Joe Biden’s proposal for battling the pandemic and reviving a still staggering economy.

The proposal by the Ways and Means Committee, which plans to vote on its measure by week’s end, would expand tax credits for families with children, for lower-earning people and for Americans who buy health insurance on marketplaces created by former President Barack Obama’s Affordable Care Act. It would also provide health care subsidies for some unemployed workers.

Less than three weeks into his presidency, Biden has declared that defeating the virus and fixing the economy are his top priorities. The coronavirus pandemic has killed over 460,000 Americans while the economy has lost 10 million jobs since the crisis began last year.

Monday’s unveiling by Ways and Means of its piece of the package — at over $900 billion, nearly half of Biden’s entire plan — came with Congress’ Democratic leaders hoping to rush the legislation to the president for his signature by mid-March, when previously provided emergency unemployment benefits expire. Their schedule reflects a desire by Biden and congressional Democrats to show they can respond swiftly and decisively to the crisis, even if as seems likely they must do so over solid Republican opposition.

“While it is still our hope that Republicans will join us in doing right by the American people, the urgency of the moment demands that we act without further delay,” said Ways and Means Chairman Richard Neal, D-Mass.

The House Education and Labor Committee also previewed its plans Monday, a roughly $350 billion package that includes $130 billion to help schools reopen safely, $40 billion for colleges battered by the pandemic and a plan to gradually raise the federal minimum wage to $15 an hour.

Democrats have only narrow majorities in both chambers. Besides Republican opposition that could be unanimous, Democrats will have to satisfy party members who worry about a package that goes too far and progressives eager to push Biden and the party as far leftward as they can.

In one area that could become a battleground within the party, the Ways and Means Democrats proposed limiting the full $1,400 relief payments to individuals making $75,000 or less, and phasing them out until they end completely at $100,000. Couples who make $150,000 or less would be entitled to $2,800 relief payments, which would gradually diminish and fully disappear for those earning $200,000.

The income levels at which people qualify for these direct payments has caused disagreements among Democrats, with moderates arguing that relief should be more narrowly targeted to people most in need. Biden has said he will not allow the per-person payments to fall below $1,400 but has indicated flexibility on the income thresholds.

“There is a discussion right now about what that threshold will look like. A conclusion has not been finalized,” said White House press secretary Jen Psaki.

Congress approved $600 per person direct payments in December. The additional $1,400, if enacted, would bring the total to $2,000 — an amount that Democrats have sought for months and that even won support from then-President Donald Trump during his unsuccessful reelection campaign, even as it was opposed by many congressional Republicans.

The Ways and Means proposal would increase emergency jobless aid to $400 a week from $300 a week. Benefits would also last longer, expiring Aug. 29 instead of March 14 under the previous aid package.

The increase comes after a bleak report Friday from the Labor Department showed that just 49,000 jobs were added in January and 227,000 jobs were lost in December, all of which suggests it may take some time for hiring to recover.

The Ways and Means bill provides several pathways for people to get and keep health insurance — including an early test of Biden’s pledge to build on Obama’s health care law.

One section would sweeten the subsidies provided under the 2010 health law. The Biden administration has already announced a three-month special sign-up period for ACA coverage starting next Monday. The more generous financial assistance in the House bill would be available for this year and next.

The bill would also cover 85% of the cost of premiums for workers trying to preserve their job-based health insurance after getting laid off. A federal law known as COBRA already allows them to temporarily keep their old employer’s health plan, but they typically have to pay prohibitively high premiums. The financial help in the House bill would be available through Sept. 30.

The Ways and Means bill calls for providing nearly a half-billion dollars to help nursing homes improve their infection control practices, and to pay for state-based “strike teams” to respond to outbreaks in long-term care facilities.

Although people in long-term care represent only about 1% of the U.S. population, they have accounted for 36% of the deaths, according to the COVID Tracking Project. Nursing home cases are declining now in many parts of the country after a special focus on vaccinating residents and staff.

The bill details were announced as a new report by the nonpartisan Congressional Budget Office said boosting the minimum wage to $15 an hour would increase joblessness even as it reduces the number of Americans living in poverty and boost wages for millions of workers.

The change to the minimum wage is becoming a key early test for Biden as he seeks to build public support for his proposal, but it is unclear if the plan can survive in Congress.

Voices on the left like Sen. Bernie Sanders, I-Vt., the author of the wage legislation, want Democrats to fight now for the pay increase, but some moderates are wary, fearing the impact on small businesses during the pandemic.

Lawmakers worried about the ability of small businesses to pay the higher minimum wage will undoubtedly point to the job losses that CBO said would occur. Business groups such as the U.S. Chamber of Commerce said they can support efforts to increase the minimum wage but cite $15 as too high.