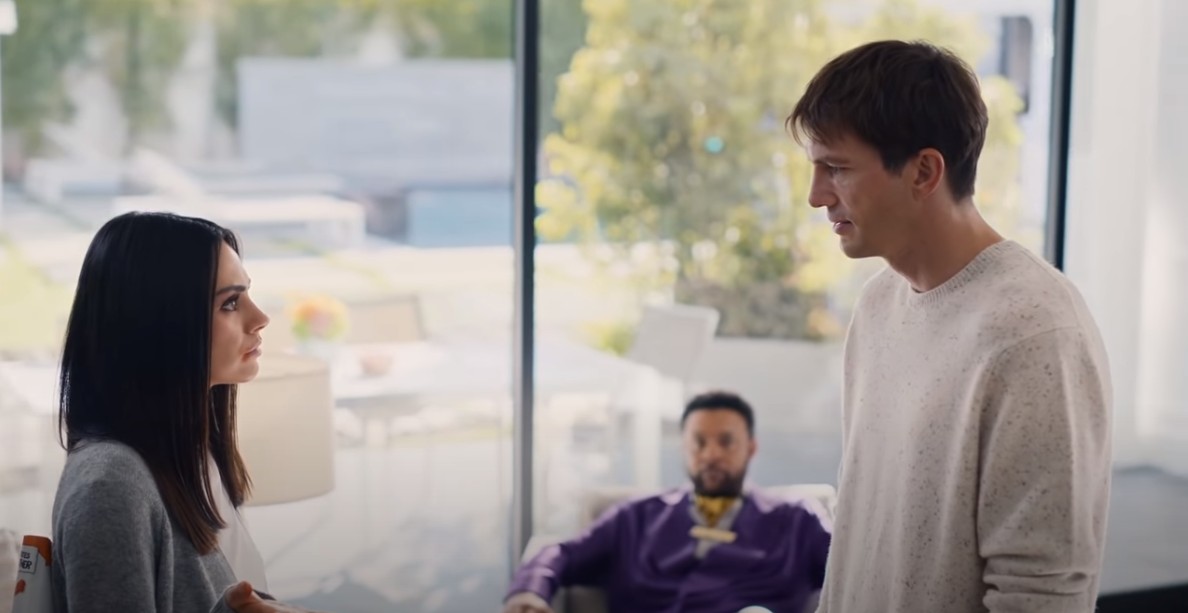 Before this year, every Super Bowl commercial Mila Kunis was ever offered wanted her to wear very little clothing, she told Entertainment Tonight. Cheetos offered a funny alternative.

“It’s so silly! Ashton (Kutcher) and I, we never work together,” Kunis said. “I mean, I know we worked together before … (but) in the midst of quarantine, they (agents) sent us this ad to do and every time I’ve ever been offered a Super Bowl ad, it’s always a female having to be scantily clad. And this one comes around, I started laughing so hard and Ashton was like, ‘This is kind of funny.’ And I was like, ‘We should do it!’”

That’s part of the story of Super Bowl 55’s Cheetos advertisement, which also features Shaggy. It also became a chance for Kunis and Kutcher to get away from their kids for a couple days.

“Also it was quarantine and we were stuck with our children for nine, 12, months at this moment, and I was like, ‘Two days, baby! Two days off,'” Kunis told Entertainment Tonight. “Literally we were like, ‘Yeah, OK, let’s do it.’ And so we did it. I hate saying it but we were like, ‘Freedom!’…It was amazing!”

Kunis and Kutcher might have made it home with their hands covered in Cheetos cheese, though.

In the 60-second spot, Kutcher comes around the corner and asks Kunis, “Did you steal my Cheetos again?”

Kunis is obviously holding the bag of Cheetos, but she hides it behind her back. Harder to hide are her orange-tinged fingers from the Cheetos cheese.

That’s where Shaggy comes in, offering the advice, “Just tell him it wasn’t you.” Cue the song.

Kutcher finds Kunis everywhere with the Cheetos, only for her to respond, “It wasn’t me.” Somehow, in the end, it works. The song must have swayed Kutcher.

The advertisement’s final few seconds tell us why Cheetos wanted this Super Bowl ad so badly — the company is releasing a new style of Cheetos, “Crunch Pop Mix.” It’s a mix of crunchy Cheetos and Cheetos popcorn, Shaggy and background music not included.

With half of Yemen’s population going hungry, drop in humanitarian aid is ‘a death sentence’

With half of Yemen’s population going hungry, drop in humanitarian aid is ‘a death sentence’