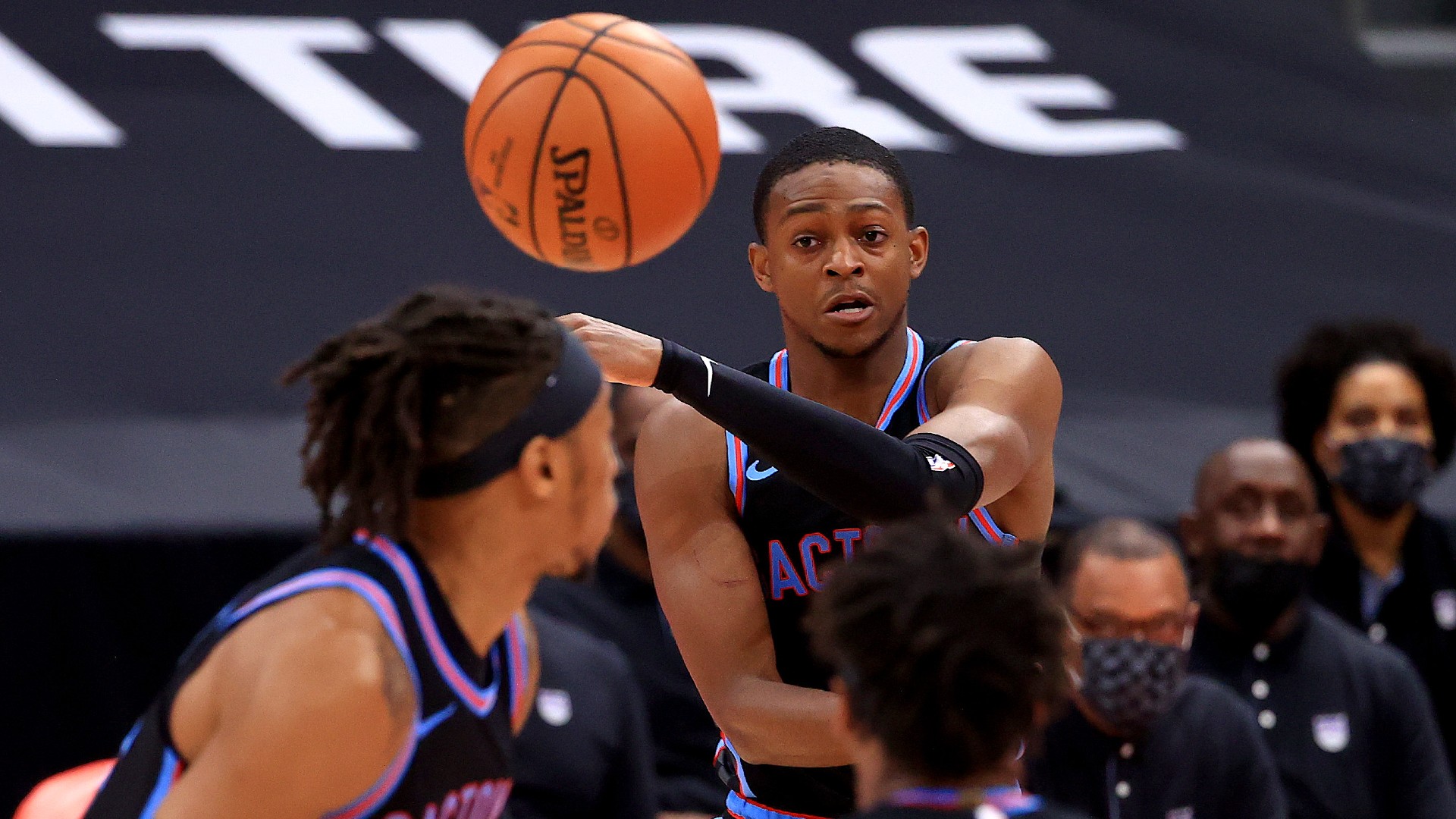 The Athletic’s Shams Charania reported Thursday morning that the NBA and National Basketball Players Association have agreed to host the 2021 All-Star Game on March 7 in Atlanta. Not everyone is feeling enthusiastic about holding the event.

After the Kings’ 116-111 win over the Celtics on Wednesday night, Sacramento guard De’Aaron Fox was asked whether he was surprised by the discussions surrounding the All-Star Game considering that the league had to postpone several contests over the past month because of COVID-19-related issues. He didn’t pull any punches with his response.

“If I’m gonna be brutally honest, I think it’s stupid,” Fox said. “If we have to wear masks and do all this for a regular game, then what’s the point of bringing the All-Star Game back? But obviously money makes the world go ’round, so it is what it is. I’m not really worried about it. If I’m voted [in], so be it.”

Fox is far from a lock to earn a spot on an All-Star roster, but he is in the conversation. The 23-year-old is averaging a career-high 22.3 points per game for a Kings team that has climbed out of an early-season hole by winning five of its past six games.

Despite his objections to having the All-Star Game in the first place, Fox told reporters that he would participate in the event if he is able to earn his first All-Star berth because, as he said, “money makes the world go ’round.”

“You know you get fined [if you don’t play]? If you’re supposed to be in it, and you’re not hurt and you decide not to play, that’s a hefty fine,” Fox said. “So, hell yeah, I would play in it. Hope I’m not fined for saying that.”

The NBA has not yet finalized details regarding this year’s All-Star Game, so it’s possible the league would allow players to opt out based on health concerns. Allowing exemptions for non-injured All-Stars could eliminate interest, though, so the rule could stay in place.

That’s just part of the challenge of keeping the All-Star Game on the calendar, but it’s clear the NBA is moving forward with its plan, even if some players think following that plan is “stupid.”