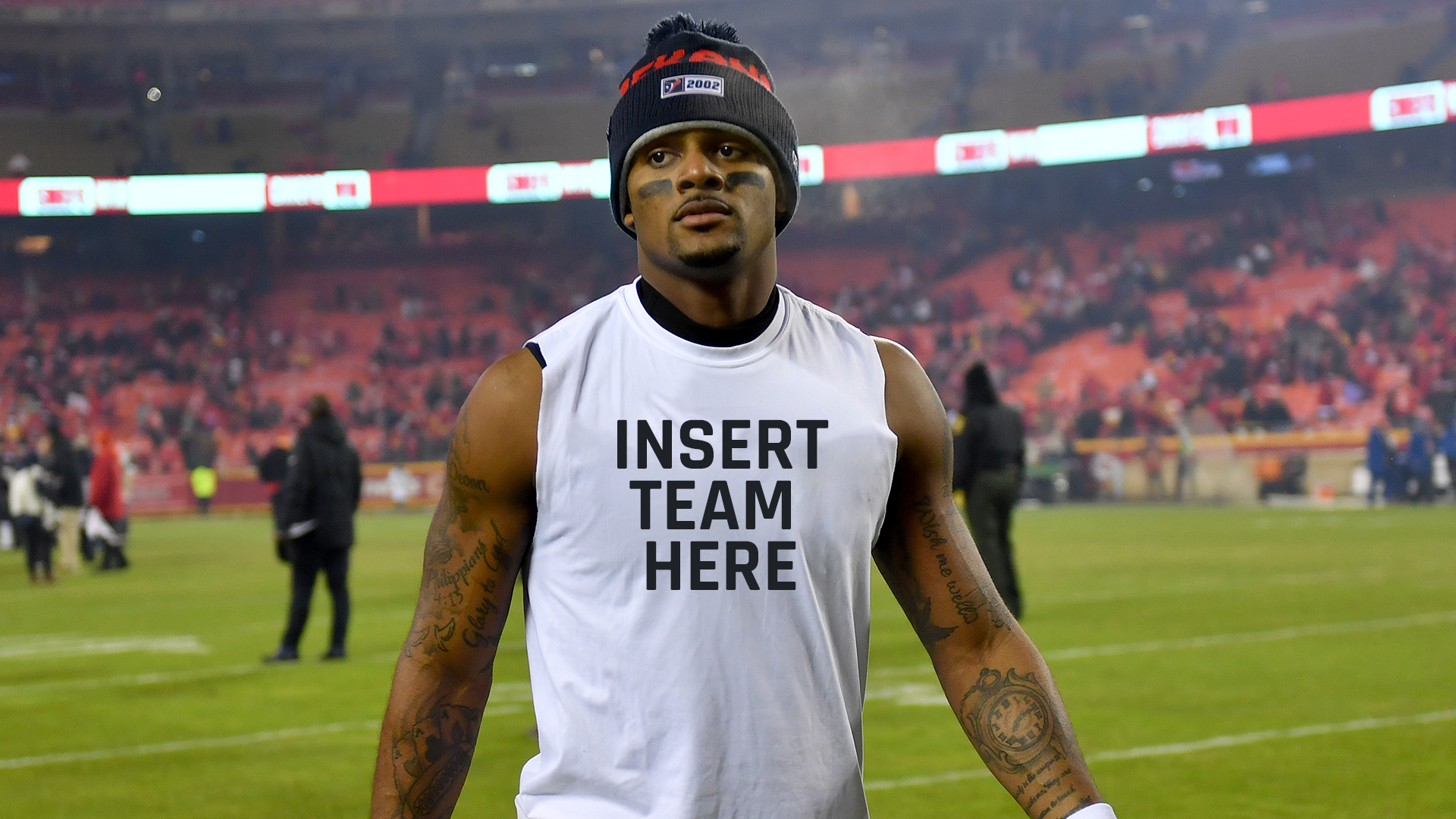 Deshaun Watson reportedly wants out of Houston, and that has piqued the interest of nearly every NFL fan base.

Watson is a 25-year-old MVP caliber quarterback. Those players aren’t available on the market often, if ever. So the thought of acquiring such a young and talented player at the most important position in the game has a lot of fans excited. Especially since there are so many other question marks at quarterback around the league.

When fan bases obsess over the possibility of attaining a star player, they open up Photoshop and turn their dreams into realities. The vision of seeing Watson in their favorite team’s jersey is enough to make it seem as if Adam Schefter has already tweeted out the news.

Despite the fact that there seems to be only two teams in play for the Watson sweepstakes (Jets and Dolphins), I have seen an absurd amount of Watson jersey swaps online. Whenever Schefter tweets about Watson, you can easily find at least five different swaps of Watson wearing various teams’ jerseys in the replies.

So it got me thinking: Is there a jersey swap of Watson for every team in the NFL? I decided to scour the internet to find out.

I knew some of the teams would be easier than others. For example, the Jets and Dolphins have been heavily rumored to acquire Watson, so naturally those would already be complete. But what about teams with more set situations at quarterback such as the Chiefs with a young Patrick Mahomes or the Ravens who are expected to extend Lamar Jackson this offseason?

Below are my results in order of my searches.

After spotting Field Yates’ response to Schefter’s tweet, I noticed some other Watson jersey swaps in the mentions. I’ll list those below.

As a lifelong Texans fan, I think I speak for all of us when I say that Deshaun Watson needs to leave Houston. The rest of our team sucks ass, and we are wasting his talent. Hopefully the new GM can work his magic and get a 3rd or 4th out of him to Chicago. #WeAreTexans pic.twitter.com/50Zad6rmNe

We are now 16 teams (including the Texans) in, which is half of the league and we haven’t even broken a sweat. All I’ve done is look through Adam Schefter’s mentions and scrolled until I found a new team that hasn’t been included yet.

But now it’s time to do some more digging.

Who needs to draft Trevor Lawrence when you can trade for Deshaun Watson?

Jalen Hurts looked promising, but Watson would certainly be an upgrade.

Philip Rivers retired, so it’s time to move on.

It was at this point that I hit a bit of a wall in my search for Watson jerseys. There are only 13 teams remaining to find, and all of them make sense as to why there aren’t readily available jersey swaps to find.

The remaining teams are: Cardinals, Ravens, Bills, Bengals, Browns, Cowboys, Packers, Chiefs, Raiders, Chargers, Seahawks, Bucs and Titans. Every team there has a quarterback in place. The only team I was somewhat surprised on was the Cowboys considering it’s such a big market, and there are questions as to whether Dak Prescott will actually get his long-term deal from Dallas.

While I did hit a wall, I found a bit of hope regarding some of the missing jerseys. I discovered this tweet of someone who apparently had been doing the same thing as me, searching for every Deshaun Watson jersey swap they could find.

This person has a gallery in their iPhone of all the Watson jersey swaps they’ve discovered, and it includes Photoshops of Watson in six of the teams I was unable to find: Packers, Raiders, Chargers, Chiefs, Seahawks and Browns. I also found this Instagram post, which included a swap of Watson in a Titans uniform.

I was unable to find these swaps on my own while searching Twitter and Instagram, but we do know they’re out there somewhere. With these inclusions, the only teams remaining are the Cardinals, Ravens, Bills, Bengals, Cowboys and Bucs.

Just six teams whose fanbases are purely content with not knowing what Deshaun Watson looks like in their teams’ jersey.